Washington Works has been serving the Bethesda area since 2005, providing IT Support such as technical helpdesk support, computer support, and consulting to small and medium-sized businesses.
Categories
Tags

Hundreds of Applications Could Potentially Expose Data Through Basic Errors At the beginning of September, it was revealed that a relatively simple issue existed in nearly 2,000 mobile applications that potentially exposed some (read: a lot of) sensitive data. Let’s take a brief, basic look at the situation to see if there are any lessons that can apply to your business.

Trust us, there will be.

In Essence, the Issue is One of Access Permissions

Let’s go over how these apps generally work.

Naturally, the apps that you use on your phone aren’t fully hosted on your device. Instead, they are commonly hosted in cloud services. In theory, the application you install effectively just contains hardcoded access credentials that allow you to access the data or the service that application provides.

Notice that we said, in theory. Research conducted by Broadcom’s Symantec Threat Hunter team revealed that these purportedly single-purpose logins were able to access all of the files that a cloud service contained—including company data, backups of databases, and system controls.

Worse, if multiple apps included the same publicly available software development kits (SDKs) or were created by a single company, these login credentials could potentially grant access to numerous applications, exposing the infrastructure and user data of each.

So, let’s say that an attacker happened to obtain these access tokens. With the situation being the way it is, that would give the attacker access to all of the applications—and more critically, the user data these applications contain—that the access tokens granted access to.

So, What Does This Have to Do With Your Business?

Let me ask you something: who in your business could potentially access your payroll information, your employees’ private information, or all the financial data you’ve collected from your clientele and workforce alike?

This idea that certain information is accessible by those who shouldn’t have access to it is the crux of the issue. You need to ensure that your data and files are only accessible to those who need them for their work responsibilities. This is known as the principle of least privilege—basically, all access and information are distributed on a need-to-know basis, based on the responsibilities of the individual users.

In short, much like these applications should have been doing, you need to ensure that access to this data is locked down. We can help. 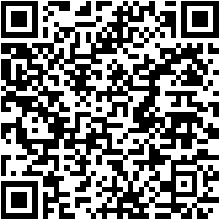